Under the background of "energy saving and environmental protection", the energy efficiency standard of air-conditioning is continuously upgraded. As the core component of the air conditioner, compressor plays a decisive role in the performance of the air conditioner. Therefore, the technical progress is hard and fast, and the new material with high quality can achieve twice the result with half the effort. With its excellent performance, NdFeB magnet has become important components in the variable-speed drive (VSD) air compressor industry, and has become an absolutely dominant product in determining the performance of variable frequency compressor.

However, NdFeB material on this road of VSD is also after many ups and downs. According to the industry online data statistics, as of the end of 2016, Penetration rate of NdFeB material in the inverter air conditioner compressor industry  is only about 45%, up to today has not yet reached 50%, so the road is full of  bitter tears.Penetration rate of NdFeB in variable frequency drive air compressor industry in 2011-2016 years (%) Before 2008, only a small amount of NdFeB material was used in the inverter compressor industry in china. With the requirements and development of energy saving and environmental protection in the international refrigeration industry, the scale of inverter air conditioner market is expanding rapidly. Meanwhile, the application and development of rare earth permanent magnet in the inverter compressor has ushered in an opportunity. Rare earth material is superior in performance and price advantage, so it is widely used in air conditioner variable frequency compressor. Its application not only improved the energy efficiency of the inverter compressor, but also made it more environmentally friendly, which laid the indispensable position of NdFeB in variable frequency compressor.

According to the online industry data showing, in  2011 years  compressor annual sales of 30240 thousand units, the average amount of rare earth permanent magnet used about 100 grams is calculated by a 1.5 HP compressor, NdFeB magnet in 2011 cold compressor using up to 2000 tons. The outbreak of the demand for rare earth metals business in a short period of 2 years, 3 earned pours.

In 2011,  the market encouraged  the rare earth permanent magnet enterprises to replace ferrite with NdFeB magnets. However, in the prospect of unlimited good, rare earth prices skyrocketing (the highest increase of 715.79% metal neodymium dysprosium metal, rose as high as 429.41%), the replacement of the road to an abrupt end, great expectations also is illusion.

As rare earth prices continue to rise, most of the compressor companies can not afford the high cost, and did not find new alternative materials, had to re-use of ferrite magnet. New rare earth variable frequency compressor production line was forced to stop and invest to start ferrite production line. This unrest is not only domestic compressor enterprises can not afford, foreign enterprises are equally difficult to bear. Data showing that, a domestic enterprises in July 2011 rare earth inverter compressor output of 200 thousand units, and by the end of the year, its output is only 5000 units.

The huge changes make the NdFeB magnets manufacturers, factories cut or stop production to deal with. From 2012  year October, most of the compressor enterprises have changed the rare earth production line to ferrite production line, and the total amount of rare earth permanent magnet in the 2012 cooling year is less than 1/10 compared with the 2011 cold year. Because only NdFeB magnets can work for 1,2 energy-efficient grade , ferrite can not reach the standard, which also give NdFeB magnets  slim chance of survival. By the end of 2016 China's total sales of 52140 thousand units inverter compressor, neodymium iron boron penetration rate rose to about 45%, the use of NdFeB magnets and inverter compressor continue to increase momentum, annual consumption amount of 5000 tons of ndfeb. NdFeB magnetic material consumption rose sharply in addition to its own performance. Therefore, the second half of 2016, air-conditioning of raw materials such as aluminum copper and steel prices continue to rise, but also brings new opportunities for ndfeb. The main reason is that the use of NdFeB material compressor is small, thereby reducing the use of other materials, in the general rise in bulk materials under pressure, the use of NdFeB material obvious advantages.

(We  hereby certify that the above composition is from internet (www.chinaiol.com). We translate it into different languages. We are not responsible for the truth of the data..  ) 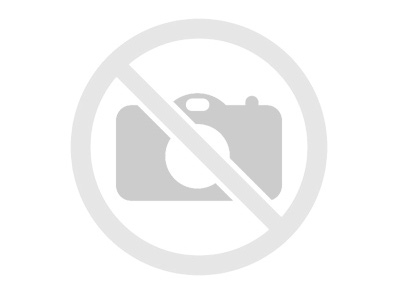 Next article
In first half of 2017,Neodymium magnet prices increase 15% due to rare earth market crazily rising

"Since 2006, we found Mr.Guo and get products from him. We used magnets under the earth for the gas and water pipe industries. We have met no problem. We have been working in very happy ways. We have many cooperation. Every year, we spent time together and sometimes, we invited him to Korea. He is our younger brother. Strongly recommended!!"

"I had email to Mr. Guo for rare earth magnet requirements. They replied my e-mail promptly, and were very professional. Mr. Guo’s team still continues to deliver rare earth magnets to our agreed specifications with a very high quality standard since 2012. His team is very professional and thorough with its work. Based on my experience, I would highly recommend them."